NAB PREDICTS HOUSING MARKET BOOM IS COMING TO AN END 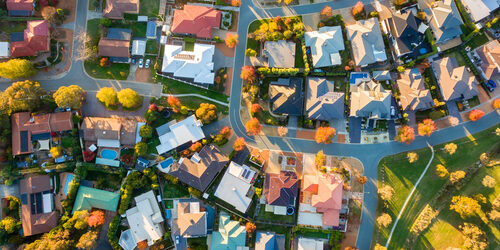 NAB has revised down its outlook for property prices in 2022 and 2023, after predicting the first interest rate hike to occur in November this year.

Property prices are now expected to reach a “turning point” in the second half of 2022 before falling in 2023, according to the latest residential property survey from NAB’s Group Economics, led by group chief economist Alan Oster.

“We see this as a relatively orderly decline, and it is important to remember this correction comes after a very sharp run up in prices over the last year. More broadly we expect the economy to continue seeing healthy outcomes.”

Moreover, price growth across the capital cities this year is anticipated to be only a fraction of the growth seen in 2021 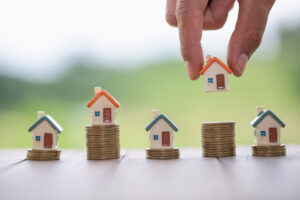 The volume of detached home building and renovations activity has been exceptionally strong for the past 18 months. This was initially driven by Homebuilder and is now being supported by strong employment conditions, low interest rates and accelerated household formation,” stated HIA Chief Economist, Tim Reardon.

“This has driven a ‘super cycle’ of housing activity across Australia that will ensure that the industry continues to operate at capacity through 2022. Detached home building activity remains well above historical peaks.

“The key feature that will mark the turning point in this cycle will be a rise in interest rates. When interest rates inevitably increase, it will reduce households borrowing power. Slower house price growth will see banks increasingly reluctant to lend for the construction of a new home and have a negative effect on consumer confidence.

“Regardless of the timing of an increase in the official cash rate, effective interest rates have started to rise and will lead to the same outcomes.

“Inflationary pressures are very evident in the home building industry where the cost of land, labour and materials are increasing at rapidly. These rising costs have not yet had a significant adverse impact on demand for new homes, as established house price growth has exceeded these cost increases.

As established house price growth slows and access to finance tightens, these rising costs will further impede demand. The adverse impact of slower population growth for two years will also emerge as weaker demand for new detached homes from 2023.

“Despite this slowing in demand for new homes over the coming years, if the national economy remains strong and unemployment low, the bottom of this next cycle will not be sharp, deep or sustained.

“It is expected that the number of detached homes commencing construction will slow through 2022/23 and reach pre-COVID levels at the end of 2023.

“In contrast to the detached forecast, multi-unit starts are expected to continue to increase over the next two years, but remain below pre-COVID levels of activity,”

The affordability constraints in detached housing are expected to push some households into townhouses and apartments. A return of migration will assist in offsetting the impact of a rise in interest rates for multi-unit construction,” concluded Mr. Reardon.

HIA released its economic and industry Outlook Report for Australia today. The Outlook Report includes updated forecasts for new home building and renovations activity nationally and for each of the eight states and territories. 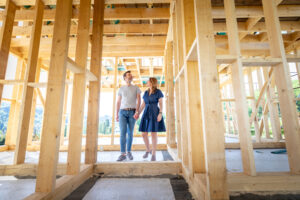 The National Australia Bank boss has warned variable mortgage rates will “probably” rise later this year, but says his customers are mostly well positioned to cope.

The Commonwealth Bank’s economics team recently shifted its forecast for the first official interest rate rise since November 2010 forward to June this year.

However, speaking to the ABC’s Close of Business program, NAB chief executive Ross McEwan said his impression was that the Reserve Bank was in no rush.

“Our view is [it will] probably [be] the latter half of this year that the Reserve Bank will start moving,” he said.

“I think it’s probably going to be about 50 basis points up.”

Although he added that the cheapest interest rates that were in the market a year ago, on fixed loans, had already disappeared.

“Interest rates on fixed mortgages have already moved,” he said.

“Because for us to put a give somebody a fixed rate, we’re not just borrowing off depositors, we’re actually borrowing out of wholesale markets, and that money for us has actually increased in price.

“So that’s being passed on through fixed rates for customers.”

Despite the prospect of rising rates, Mr McEwan was confident that the vast majority of NAB’s customers would cope with rising repayments.

“Most customers have a buffer, in that they’ve been overpaying on their mortgage, i.e. paying more against their principal than then they would have normally, because as interest rates have dropped, we’ve given them the option to actually just keep paying the same amount that they were before,” he said.

“And when I say well in advance, we’ve got about an average of four years of advance payment across the average of our mortgage book.”

While recent home buyers during the current property boom are highly unlikely to have built up any substantial buffer in their repayments, Mr McEwan was nonetheless confident they would manage rising interest rates without financial hardship.

“When we give them a mortgage, we don’t take the interest rate that they’re actually being paid as the rate we think that they can afford. We add a buffer on top of that, which is an additional 3 per cent,” he said.

Mr McEwan said the current economic environment was also conducive to people being able to keep up their loan repayments.

“The biggest factor of paying down a mortgage is around having a job. And, at the moment, we’re seeing in Australia, unemployment levels at the best for decades,” he said.

This week’s January labour force figures from the ABS showed that unemployment remained steady at 4.2 per cent, even during the peak of the east coast’s Omicron wave.

NAB’s boss was also more sanguine on the outlook for the housing market than some of his big bank rivals, with Westpac recently forecasting housing prices would drop 14 per cent from a peak later this year until a trough in 2024.

“You actually run up against customers who can’t afford to pay the mortgages on these. So it starts to put a ceiling in place.

However, Mr McEwan added that if any of NAB’s mortgage customers do start feeling financial pressure, for whatever reason, they should contact the bank sooner rather than later.

“The first thing if they are […] starting to feel that they may have difficulty, talk to their banker,” he advised.

“That’s really important. We can do things early with them and help them out as long as we get the notification. But if they leave it too late, it leaves us with limited options.”